Six professors at the University of Illinois have been named 2016 Guggenheim Fellows, bringing to 13 the number of U. of I. faculty members who have been honored with the fellowship over the last three years.

They are among 178 artists, scholars and scientists from the U.S. and Canada selected “on the basis of prior achievement and exceptional promise,” according to the John Simon Guggenheim Memorial Foundation, in a press release. The fellows were chosen from a pool of nearly 3,000 applicants. 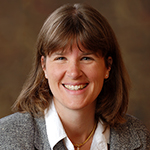 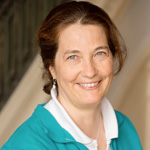 Stumpf is a professor of anthropology whose research focuses on comparative primate behavior, physiology and microbiomes to explain patterns of variation across the Primate Order (including humans) and attain a greater understanding of primate behavioral ecology, reproductive biology, conservation and health. She has faculty appointments in the Center for African Studies; the Program in Ecology, Evolution and Conservation; and the Beckman Institute for Advanced Science and Technology in addition to the IGB. Stumpf obtained her Ph.D. from Stony Brook University and the Max Planck Institute for Evolutionary Anthropology in 2004.

Since its establishment in 1925, the Guggenheim Foundation has granted more than $334 million in fellowships to over 18,000 individuals, many of whom have also received Nobel prizes, Pulitzer prizes, Fields medals and other internationally recognized honors.