Professor elected to American Academy of Arts and Sciences

Illinois Professor elected to the American Academy of Arts and Sciences 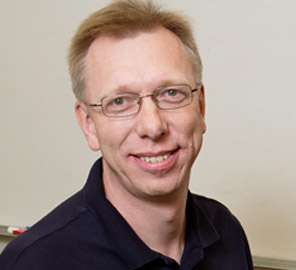 University of Illinois professor Wilfred A. van der Donk, the Richard E. Heckert Endowed Chair in Chemistry, has been elected to the American Academy of Arts and Sciences, one of the longest-standing honorary societies in the nation. Van der Donk will join Tere R. O’Connor, a professor of dance, and John A. Rogers, the Swanlund Professor of Materials Science and Engineering, in an induction ceremony in October at the academy’s headquarters in Cambridge, Mass.

Van der Donk, who is a Howard Hughes Medical Institute investigator, focuses on harnessing enzyme functions for the discovery and design of new anti-inflammatory agents and antibiotics, particularly the activity and synthesis of lantibiotics and phosphonate antibiotics, with the aim of using natural synthesis pathways to find new compounds or enhance the medical properties of known compounds. He was elected to the American Academy of Microbiology and the American Association for the Advancement of Science in 2011, and is a faculty member of the Mining Microbial Genomes research theme at the IGB.