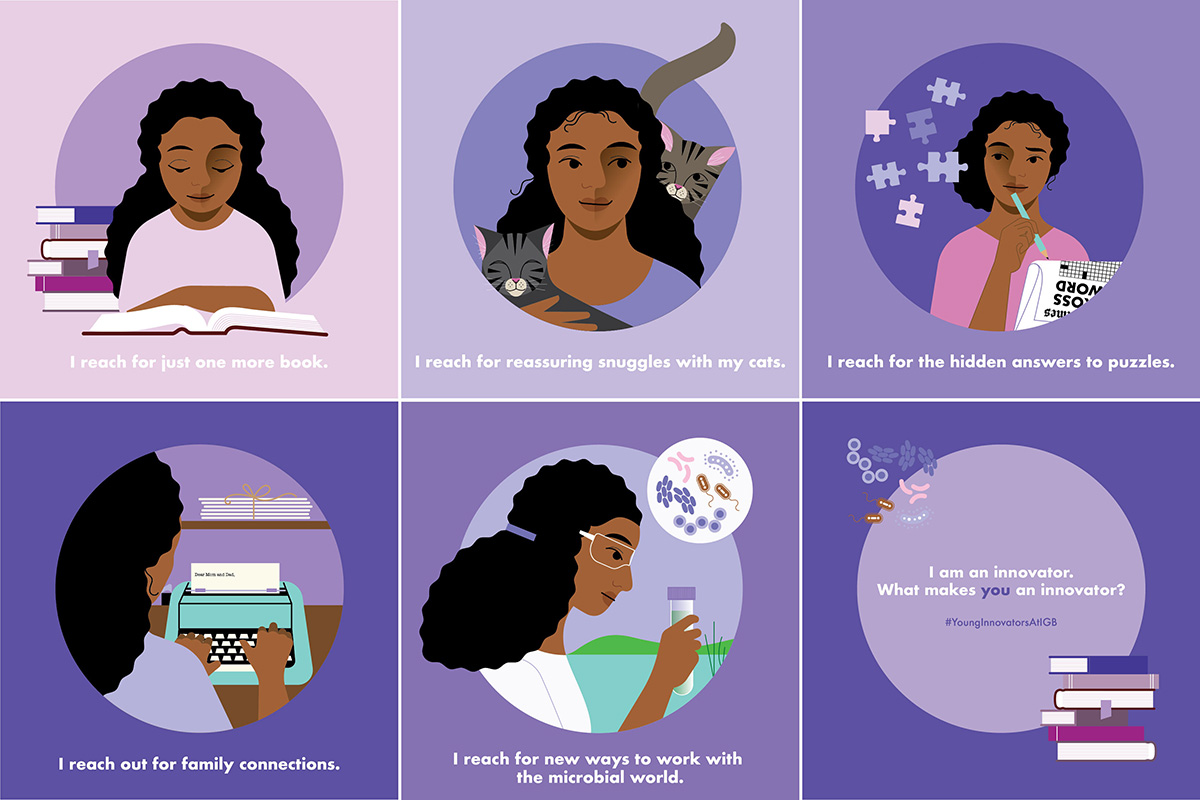 Dipti Nayak is a former Carl R. Woese Institute for Genomic Biology Fellow. During her postdoctoral work with William Metcalf, she worked on developing a novel genetic tool to manipulate methanogens, which are single-celled organisms that produce methane and are members of the third domain of life called Archaea. Nayak used the CRISPR-Cas system, for which Jennifer Doudna and Emmanuelle Charpentier received the Nobel Prize in 2020, to perform genome editing in the methanogen Methanosarcina acetivorans. She is currently a tenure-track assistant professor in the MCB department at the University of California, Berkeley, where she works on understanding the biology of Archaea and their impact on humans and the planet.

What inspired you to become a scientist and an inventor?
DN: I don’t think of myself as an inventor. Unfortunately, there is something about the image of an inventor that I don’t quite associate with myself. I became a researcher because I am excited by the unknown. I have always gravitated towards open-ended questions that are seemingly hard to address. Even as a child, I loved solving puzzles; I am currently obsessed with the New York Times crossword puzzle, and I set time limits for myself to solve each one.

What do you think is the biggest misconception about scientists?
DN: People tend to think that scientists know all the answers. In reality, science is a process, a puzzle that you solve by following clues. Organisms are inherently complex – you have to constantly devise new techniques and craft clever experiments to address the what, how and why questions. After that, you put the pieces together in a logical framework. That’s the beauty of biology.

What interests you about methanogens?
DN: Methanogens are everywhere: they have direct implications for human health because they are present in your gut; they produce methane, which is a biofuel; and they contribute substantially to greenhouse gas emissions. Given their importance, I want to address several fundamental questions about this important group of archaea.

Why were you interested in developing this system?
DN: Although there is a solid genetic platform for genetic manipulation in Methanosarcina, the process takes a lot of time, sometimes even months. As a result, it was hard to pursue elaborate projects. This hurdle led us to think about CRISPR and whether we could adapt this technology to methanogens. We found that it was efficient and we could do multiple manipulations within weeks.

How did your lab environment help you in your work?
DN: It’s essential to pick the right mentor because you need their support when you’re trying new ideas and are trying to get ownership of your innovations. It helped that my postdocotoral advisor is a world expert in archaeal genetics. Additionally, he helped me develop an important skill, which is to write about my research for a scientific audience that knows how to think critically but is not aware of the jargon. It is important to learn how to write and talk about your research for a broad audience no matter what you do after grad school or a postdoc.

What were the most challenging aspects of your project?
DN: There is no precedent for the work we do with archaea; we usually have to invent new techniques. We were worried about whether we were thinking about the problem correctly and whether we had some knowledge gaps that could become a roadblock. However, we were confident that the technique would work because the method was used successfully in eukaryotes and archaea are closely related to them.

Do you have any advice for other inventors?
DN: Ralph Wolfe, who spent his life working on methanogens, has formulated some truisms that we often refer to as the ‘Wolfe’s laws’. One of Wolfe’s laws states that ‘If you are the first on the scene it is easy to make discoveries’.  Students often gravitate towards so-called ‘hot’ topics in the field, not realizing that there are many people working on these problems, and the likelihood of making an impact is small. On the other hand, you can make more meaningful discoveries and a bigger impact by working on a problem that is equally important but does not get any attention.

How do you foster innovation in your lab?
DN: I encourage every trainee to think about a problem that they find interesting. We then use that problem as the basis for their research. It’s important that they feel ownership of their research since that will keep them excited and invested.

What interests do you have outside lab?
DN: I adopted two cats during the pandemic, which has been fun and has also kept me busy. I also enjoy hiking and being outdoors. I recently bought a typewriter, and I have been writing letters to my family to stay in touch.

This profile was written to highlight inventors at IGB to promote our new Young Innovator Program. The Catherine and Don Kleinmuntz Center for Genomics in Business and Society (The Kleinmuntz Center) is excited to offer this new pilot program for graduate students and post-docs interested in innovation and bringing their science to society. If you want to learn more about how to apply to the Young Innovator Program, please visit: https://www.igb.illinois.edu/KCYIP