Most types of tumors, including cancer, require a supply of blood to grow larger than a few millimeters. Scientists have made great progress in combating cancer by finding effective ways to stop the formation of new blood vessels, called angiogenesis.

Imoukhuede’s lab is working to better understand the tumor microenvironment and why the same type of tumor may behave differently in people, like two mulberry trees reacting differently to the same herbicide. 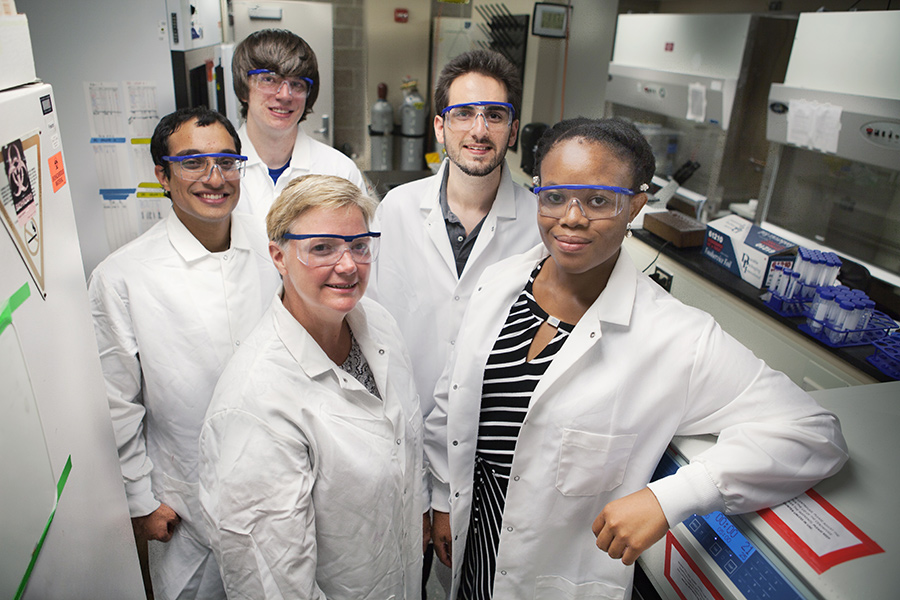 “My lab is trying to understand whether there is a subset of patients for whom anti-angiogenic treatments are especially useful, and if so, find out how we identify those patients,” said Imoukhuede, who is also an affiliate of the Institute for Genomic Biology. “That’s where we get into the area of personalized medicine, being able to tailor anti-angiogenic treatments specifically to a patient.”

The cells that make up tumors have different populations of receptors that promote blood vessel growth. Imoukhuede says these receptors can serve as biomarkers, helping doctors predict drug responsiveness by providing a quantitative way to profile cells.

“If there is a traffic jam and you block a freeway, you’ll find that cars will go through some of the side streets. We can try to block some of those side streets, but cars will still try to find a way through,” Imoukhuede said, describing the way anti-angiogenic drugs block receptors that encourage tumor growth. “This is the problem with cancer research, where you block one marker, receptor, or molecule, the tumor still finds another way.”

For personalized cancer treatments to become a reality, Imoukhuede says scientists must understand the tumor microenvironment, find a way to count the number of receptors, then apply that data to computational models that predict cancer drug efficacy and suggest the best treatment options for each patient.

“The most exciting take-home message is that we are able to find certain cells within the tumor microenvironment that we haven’t profiled previously,” Imoukhuede said. “We determined that a certain subset of these cells had very high levels of expression of one of these angiogenic receptors that could actually negate some of the effects of a common anti-angiogenic drug.”

In a paper in PLOS ONE, Imoukhuede and co-authors used optical approaches that can be further developed to trap cancer cells so that they can count the receptors and profile the cells. In another paper, published in the Journal of Materials Chemistry B, Imoukhuede and other researchers began setting the calibration standards needed to quantitatively profile cancer cells. In a Cancer Medicine and PLOS ONE article on profiling and modeling, Imoukhuede and her colleagues reported that they have begun collecting data and creating computational models.

The anti-angiogenic cancer drug, Avastin, has already been developed and is approved for many types of cancer, including brain, lung, and colorectal cancer. However, the Food and Drug Administration revoked approval for metastatic breast cancer due to evidence that the survival benefits did not outweigh the side effects for many patients.