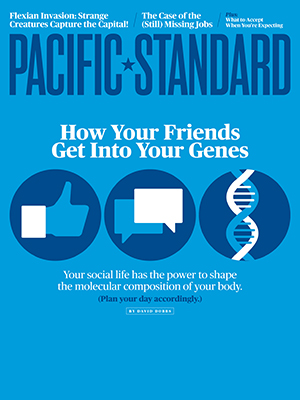 A few years ago, Gene Robinson, of Urbana, Illinois, asked some associates in southern Mexico to help him kidnap some 1,000 newborns. For their victims they chose bees. Half were European honeybees, Apis mellifera ligustica, the sweet-tempered kind most beekeepers raise. The other half were ligustica’s genetically close cousins, Apis mellifera scutellata, the African strain better known as killer bees. Though the two subspecies are nearly indistinguishable, the latter defend territory far more aggressively. Kick a European honeybee hive and perhaps a hundred bees will attack you. Kick a killer bee hive and you may suffer a thousand stings or more. Two thousand will kill you.

Working carefully, Robinson’s conspirators—researchers at Mexico’s National Center for Research in Animal Physiology, in the high resort town of Ixtapan de la Sal—jiggled loose the lids from two African hives and two European hives, pulled free a few honeycomb racks, plucked off about 250 of the youngest bees from each hive, and painted marks on the bees’ tiny backs. Then they switched each set of newborns into the hive of the other subspecies.

Robinson, back in his office at the University of Illinois at Urbana-Champaign’s Department of Entomology, did not fret about the bees’ safety. He knew that if you move bees to a new colony in their first day, the colony accepts them as its own. Nevertheless, Robinson did expect the bees would be changed by their adoptive homes: He expected the killer bees to take on the European bees’ moderate ways and the European bees to assume the killer bees’ more violent temperament. Robinson had discovered this in prior experiments. But he hadn’t yet figured out how it happened.

This notion was both reasonable and radical. Scientists have known for decades that genes can vary their level of activity, as if controlled by dimmer switches. Most cells in your body contain every one of your 22,000 or so genes. But in any given cell at any given time, only a tiny percentage of those genes is active, sending out chemical messages that affect the activity of the cell. This variable gene activity, called gene expression, is how your body does most of its work.

Sometimes these turns of the dimmer switch correspond to basic biological events, as when you develop tissues in the womb, enter puberty, or stop growing. At other times gene activity cranks up or spins down in response to changes in your environment. Thus certain genes switch on to fight infection or heal your wounds—or, running amok, give you cancer or burn your brain with fever. Changes in gene expression can make you thin, fat, or strikingly different from your supposedly identical twin. When it comes down to it, really, genes don’t make you who you are. Gene expression does. And gene expression varies depending on the life you live.

Every biologist accepts this. That was the safe, reasonable part of Robinson’s notion. Where he went out on a limb was in questioning the conventional wisdom that environment usually causes fairly limited changes in gene expression. It might sharply alter the activity of some genes, as happens in cancer or digestion. But in all but a few special cases, the thinking went, environment generally brightens or dims the activity of only a few genes at a time.

Robinson, however, suspected that environment could spin the dials on “big sectors of genes, right across the genome”—and that an individual’s social environment might exert a particularly powerful effect. Who you hung out with and how they behaved, in short, could dramatically affect which of your genes spoke up and which stayed quiet—and thus change who you were.

Read the full article on the Pacific Standard website. Story by David Dobbs.