From May 18th to 20th in Chicago, over 15,000 visitors experienced the World of Genomics at the Field Museum of Natural History, a three-day event presented by the Carl R. Woese Institute for Genomic Biology. A large, blue-lit funnel representing the tree of life dominated the space; beneath it, the world’s smallest sequencer read out the genomes of never-before-sequenced organisms currently studied at the IGB.

With six learning stations distributed across Stanley Field Hall, the main floor of the museum where famous T. rex  Sue is displayed, World of Genomics represented the full scope of IGB research in health, technology, and the environment, with hands on activities and exhibits for all ages.

“In all of the outreach events I've been a part of, I've never experienced such an engaged audience that asked so many excellent, relevant questions about our research,” said Beryl Jones, one of the over 60 volunteers from the IGB who staffed the event. “World of Genomics was truly one of the most rewarding experiences of my PhD, and I feel honored to have been a part of an event that reached so many people.” 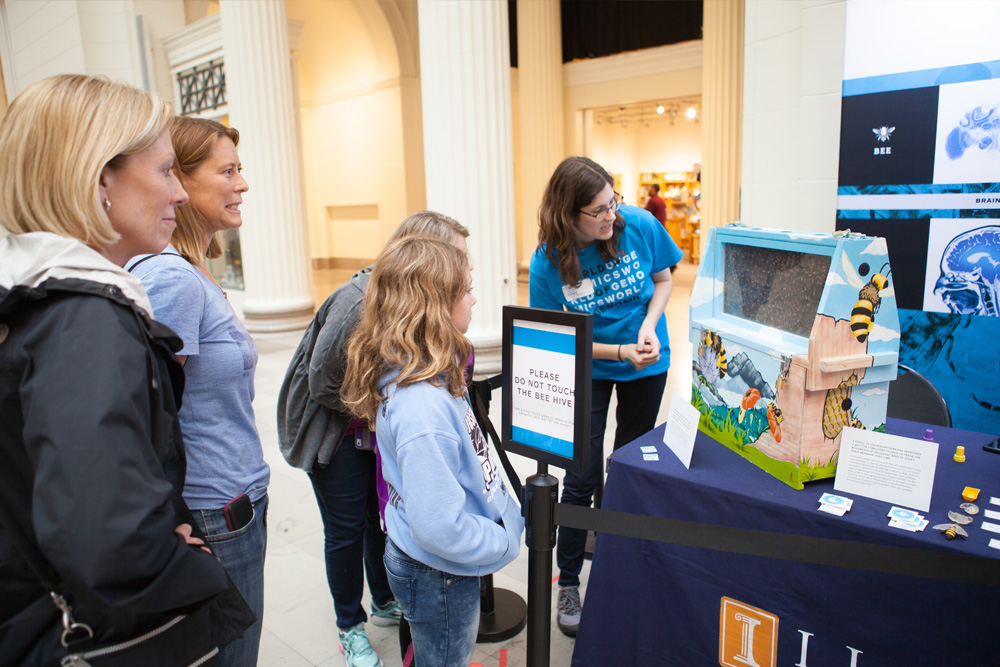 Jones was one of the volunteers tasked with running the Brains and Behavior learning station, which focused on the shared genomic underpinnings of behavior between humans and honeybees. To bring their work to life, researchers presented explorable brain models in virtual reality as well as an observation hive with live bees.

“It was an amazing experience,” said Michelle Goettge. Goettge was a volunteer with the DNA to Drugs learning station, which presented information and activities based on antibiotic resistance, the development of new therapeutics, and high-throughput screening. “I’ve done outreach before, but it usually focuses on just one group—kids or adults. World of Genomics really engaged with everyone, and people were so excited to learn about the science, it was unbelievable.” 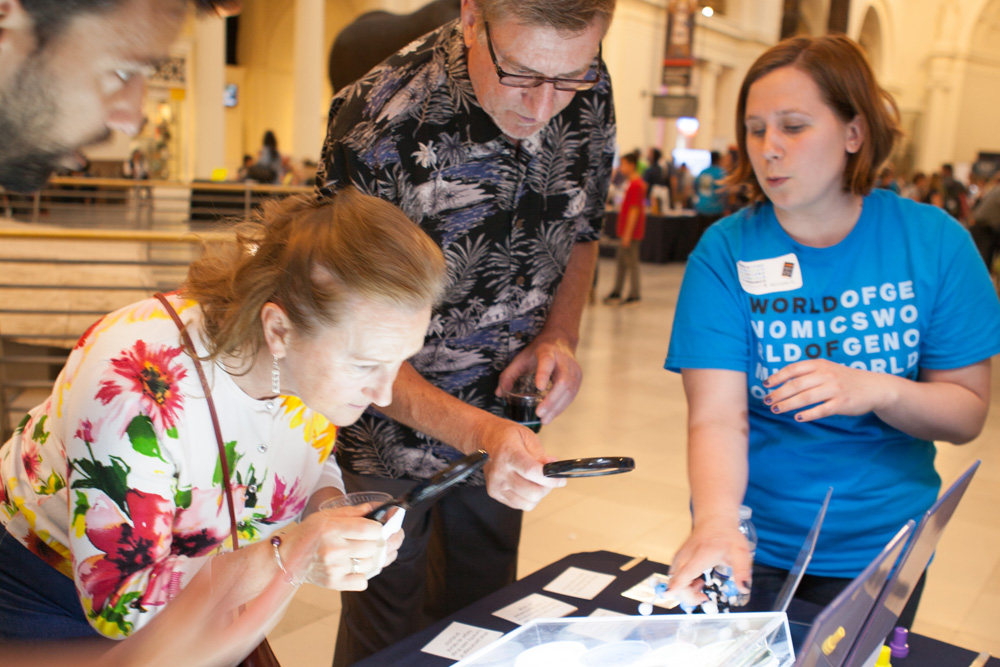 Other learning stations included Food and Fuel, where visitors could control a miniature agricultural robot through plants demonstrating different phenotypic traits while the larger TERRA-MEPP rover looked on, and Personalized Health, which presented a suite of activities demonstrating the differences between bodies as well as their commensal microbial communities to explain concepts in human health and development. 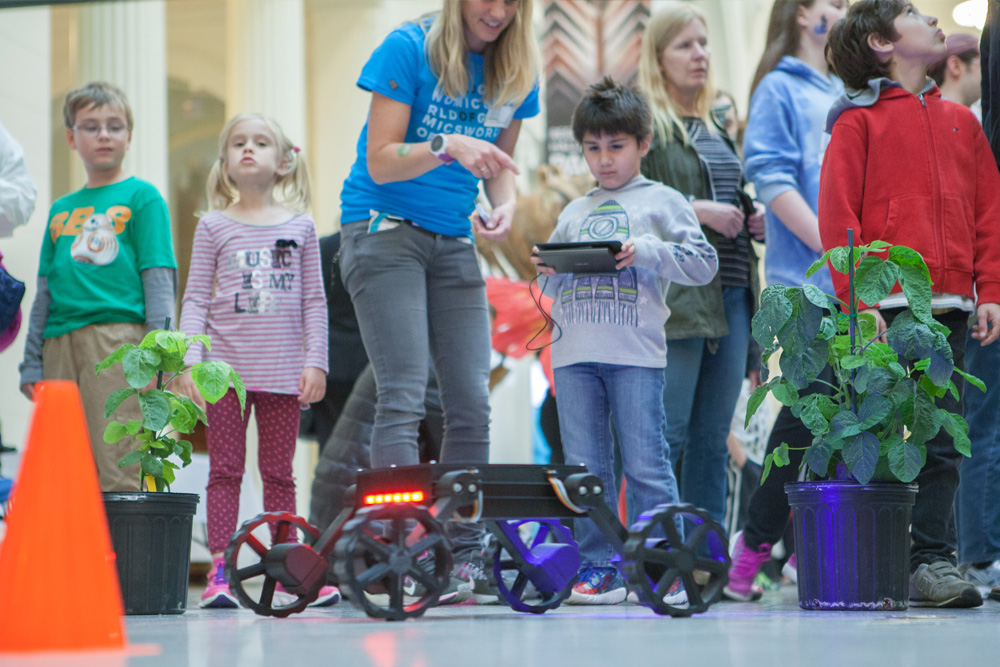 A fifth station, the sprawling Emergence of Life, partnered with Zeiss to bring high-end microscopy to the Field. There, visitors viewed the intricacies of coral and travertine at the nanoscale; remote microscopy from the Core Facilities SEM was also on hand to image human kidney stones from the IGB at an even higher resolution. 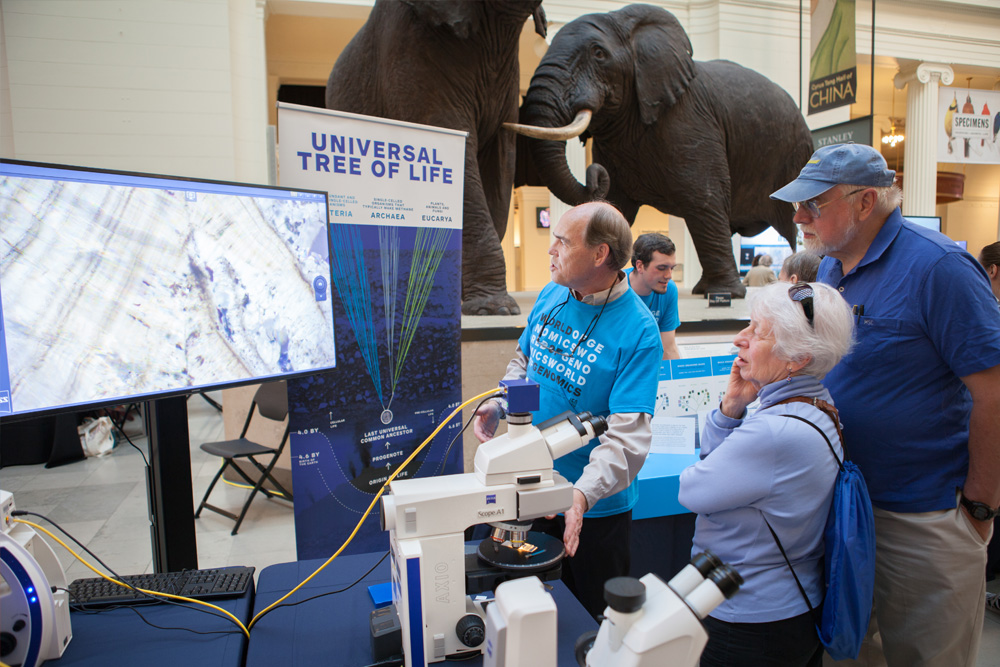 In all, the event represented IGB’s largest outreach effort to date, and perhaps most successful: not only in the number of people reached, but in the quality of the interactions between scientists and guests.

Members’ Nights attendees responded with high praise, with comments such as “The World of Genomics was absolutely amazing,” “Loved the virtual reality experience by the bees,” and “More research information booths like U of I. Those were amazing.” The volunteers especially made a lasting impression, with responses including “The U of I people explaining the exhibits were all very enthusiastic, patient, and knowledgeable,” and “I enjoyed the exhibits by the university students. First of all, they were interesting. Even more importantly, they gave us a vision of the future - the next generation of scientists.” When asked for favorites, attendees responded “Crop robot and talk on GMO vs other, viewing the 3D printer, virtual reality” and, simply, “Bees.” 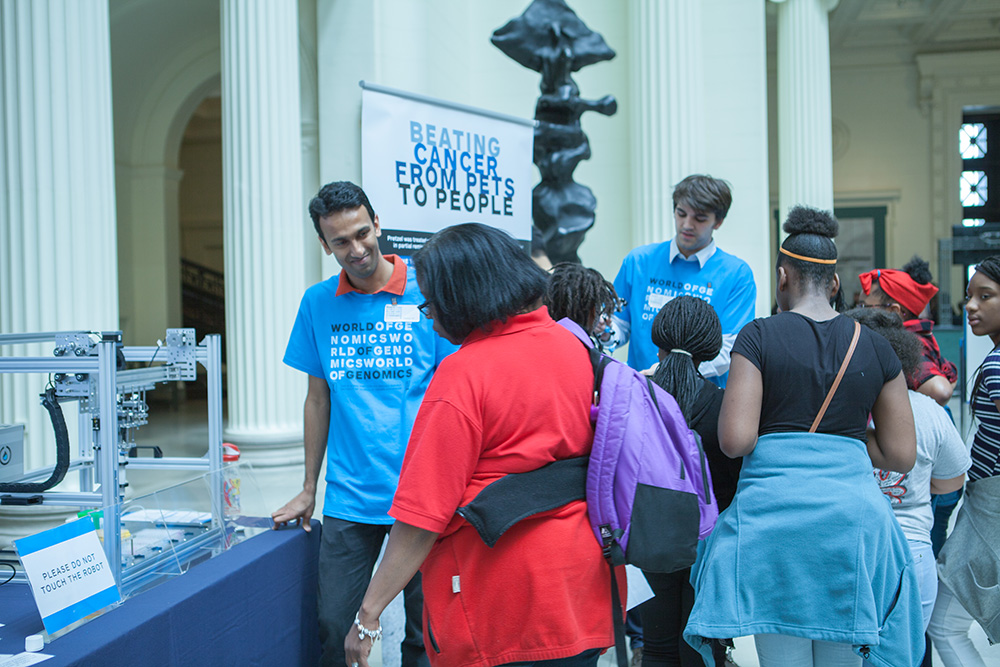 “We reached everyone from young children to their grandparents, from those who had never heard of us to Chicago alumni, friends of the university, even the University of Illinois President,” said IGB Director Gene Robinson of the event. “The entire floor was abuzz with rapt and engaged visitors, who immersed themselves into each exhibit, learning about our research, talking to our people, and gaining a new understanding of how fundamental genomics is to their lives.” 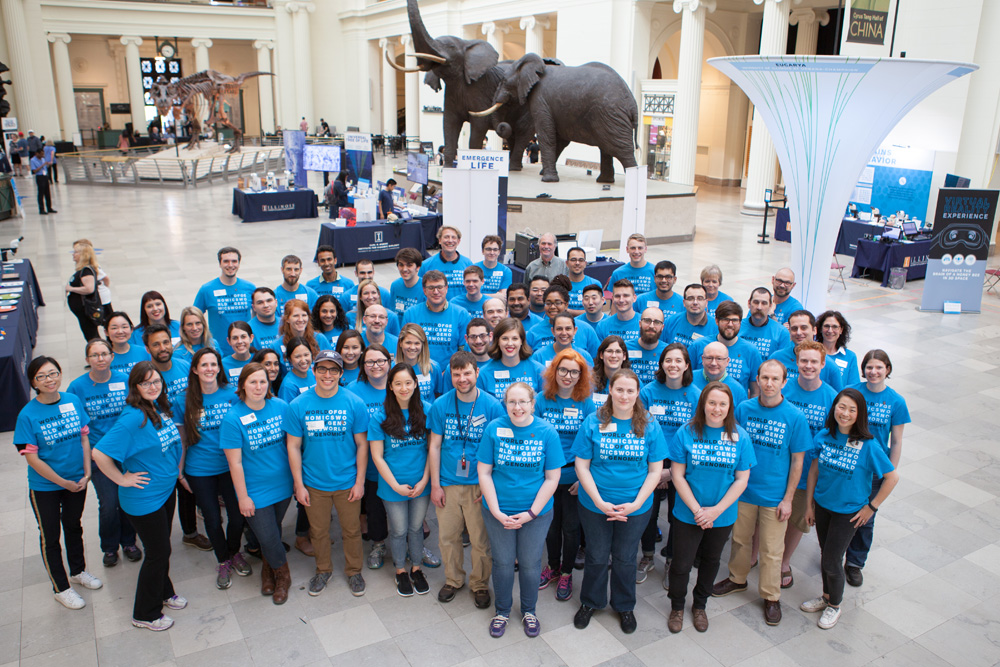