Here are some examples of the Minflux data collected in the first two weeks after installation: 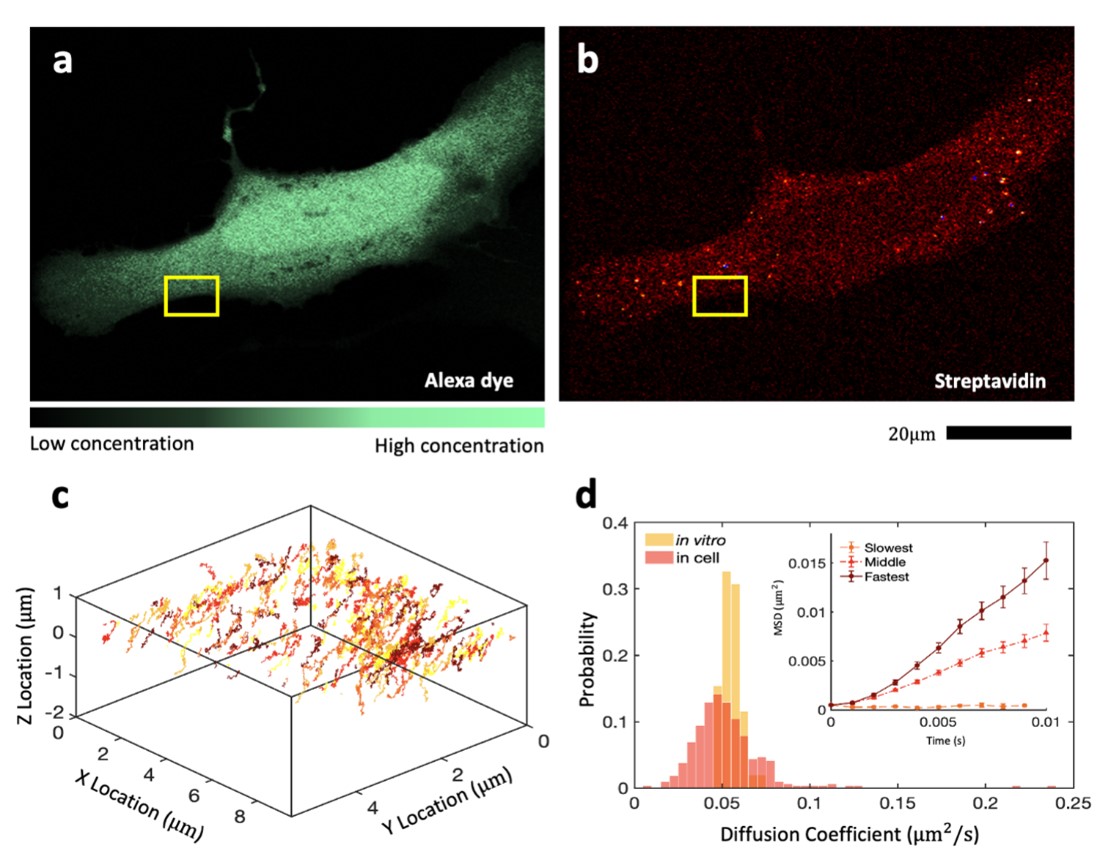 Hepatitis B virus (HBV) was also tracked by Gopika and Yuhan in HepG2 human liver cells. The cell shape is seen in the bright field (a), HBV capsids labeled with mCherry can be seen over the same area (b), tracks from the yellow area are plotted in (c) and diffusion rates in (d). 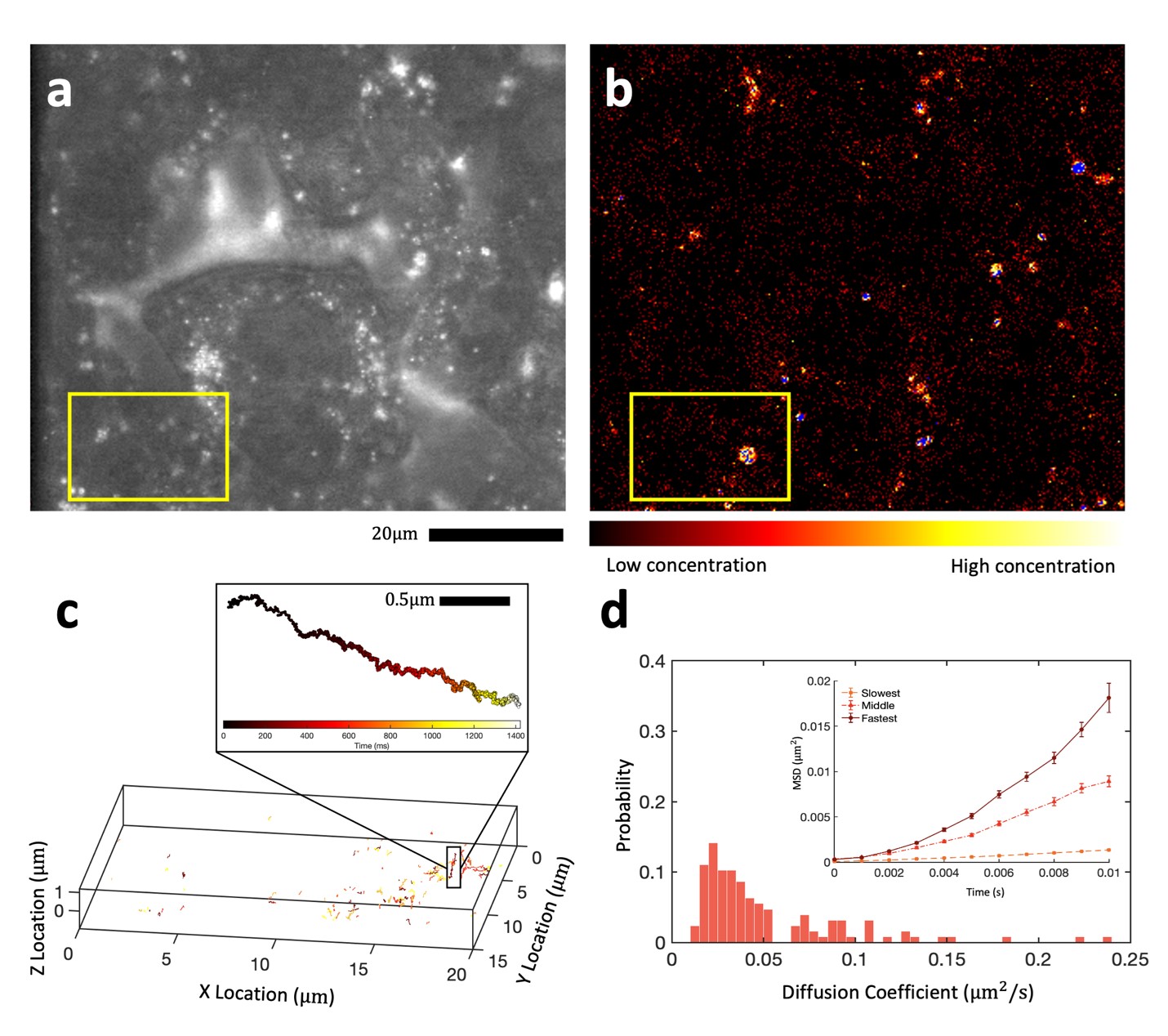 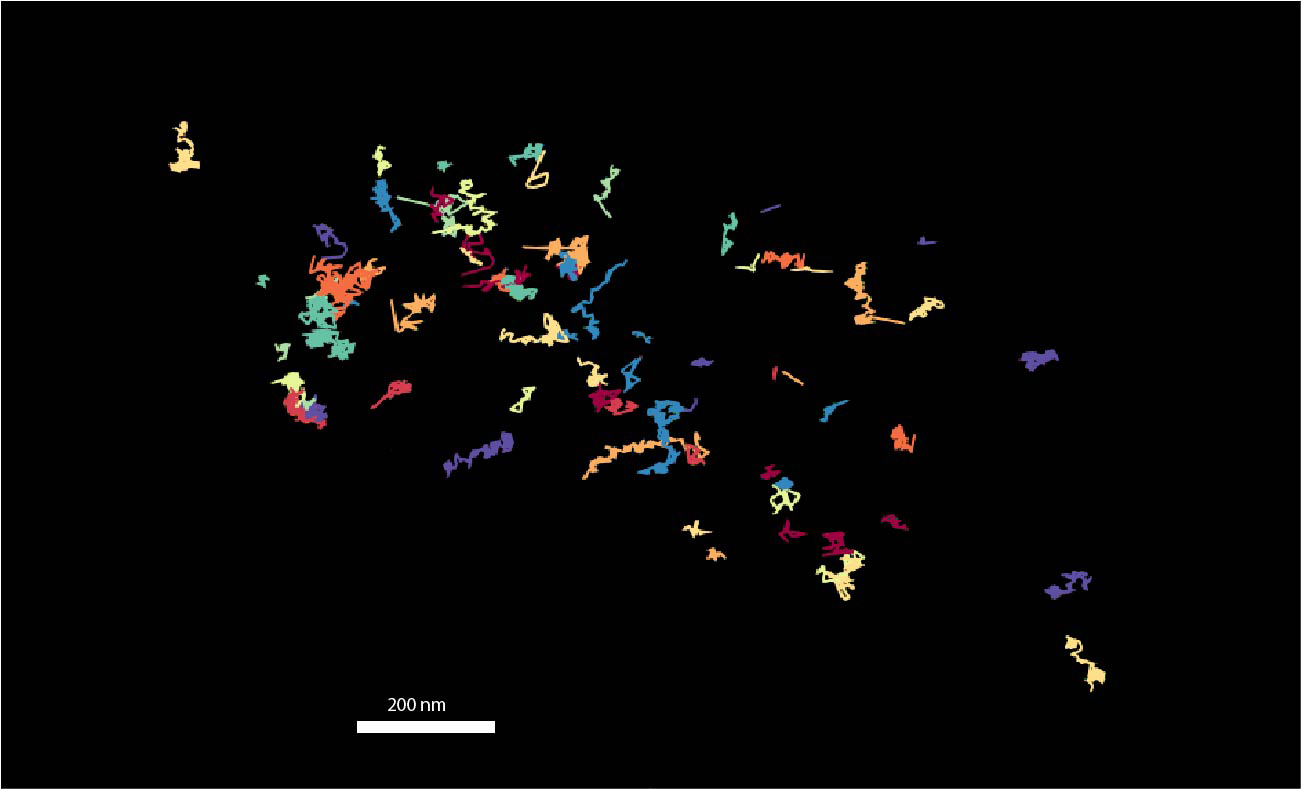 Reza Rajabi-Toustani from the Qiao Lab imaged the synaptonemal comples labeling Sycp3 with Flux640 and Sycp1 with Flux680. The image on the right depicts Sycp3 in green and Sycp1 in red. 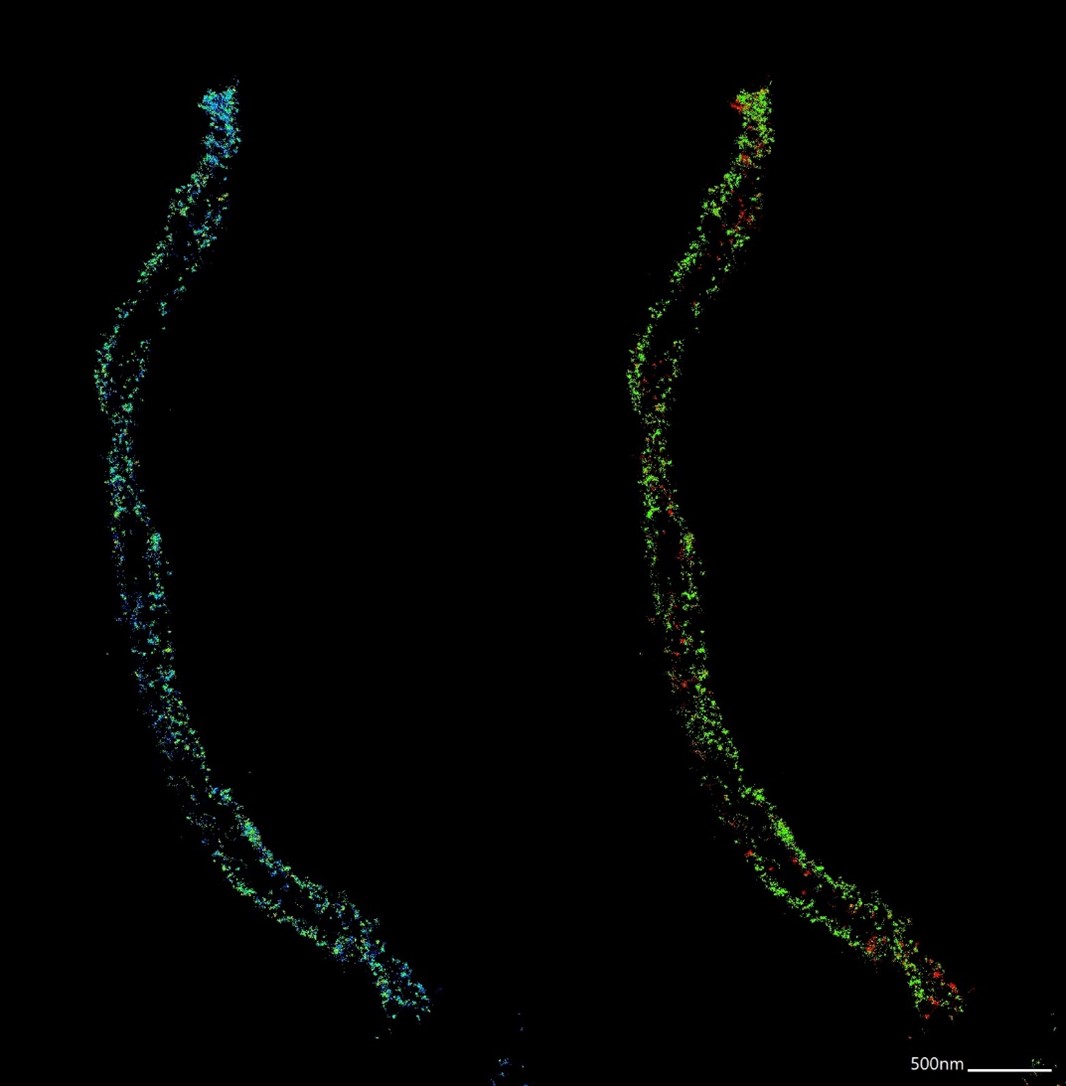 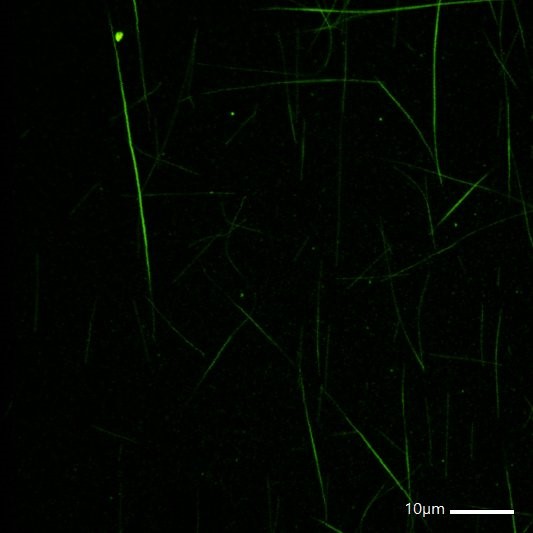