The University of Illinois’ Institute for Genomic Biology has been renamed in honor of a microbiology professor who changed the course of science with his discovery of a third major branch of the tree of life. That professor, Carl R. Woese, died in late 2012. 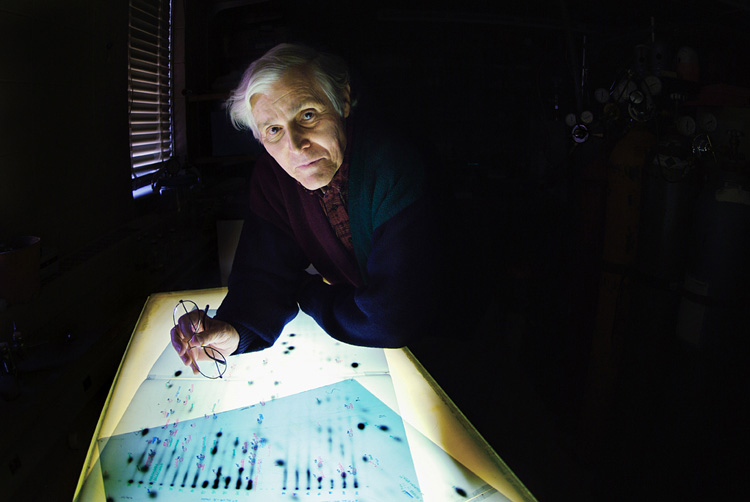 “We are now the Carl R. Woese Institute for Genomic Biology,” said Swanlund Chair ofEntomology and Institute director Gene Robinson. “By changing our name, we honor an individual who has made legendary contributions to science, who served as an Illinois microbiology faculty member for nearly 50 years and who, as a founding member of the IGB, paved the way for us to emerge as a leader in advancing life sciences.”

In 1977, Woese and his colleagues overturned a universally held assumption about the basic structure of the tree of life. They discovered that there were three distinct branches, or “domains,” of life – not two, as had been previously thought. The new class of organisms they discovered looked superficially like bacteria, but their evolutionary history was completely different. These microbes are now known as archaea (are-KEY-uh), and are genetically and evolutionarily as distinct from bacteria as plants and animals are.

Woese made his discovery by comparing the molecular sequences associated with the cellular machinery that translates the genes of individual organisms into proteins. In doing so, he pioneered the practice of using molecular sequences to gain insights into biology, an approach that has now become standard in biology and is the precursor of today’s genomics.

“Carl Woese’s discoveries in evolutionary biology have had revolutionary implications for all branches of biology, and no more so than in the emerging science of genomics, which owes its foundation to Carl’s work. It is very fitting indeed that the IGB will forever be associated with his name, and it will be an inspiration to all who work here,” said Illinois Swanlund Chair of Physics and IGB Biocomplexity theme leader Nigel Goldenfeld, a longtime colleague, collaborator and friend of Woese.

“Since our dedication in 2007, this Institute has carried on the spirit of discovery, dedication and determination so well-embodied by Carl,” Robinson said. “His legacy is now an indivisible part of our history.”