A week long day camp designed for talented girls who are interested in the biological sciences. 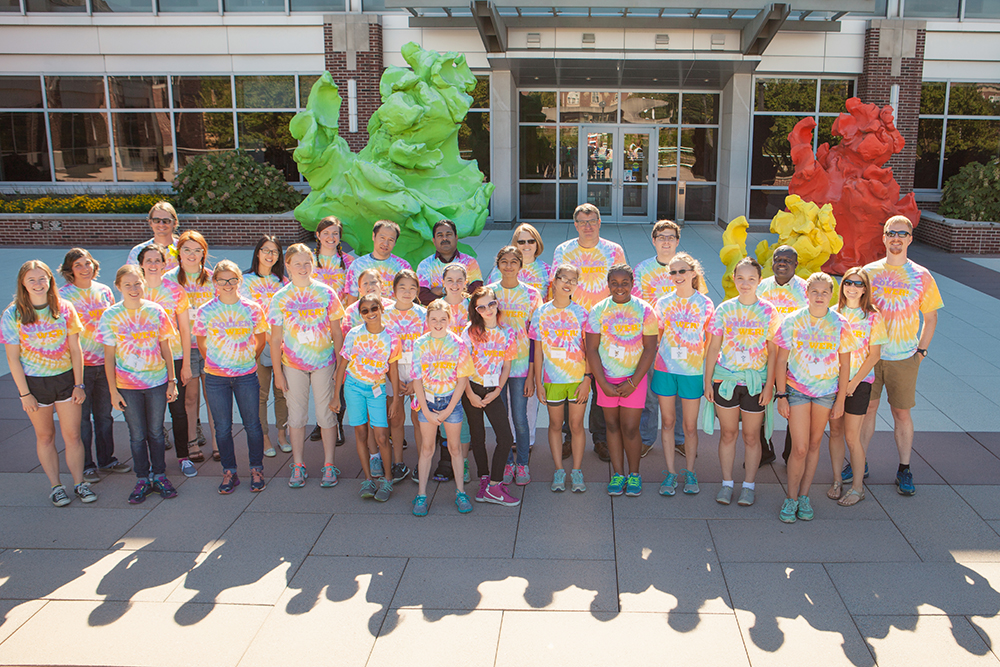 Campers Explore Past and Future of Global Climate at Summer Camp

For the last week of June, thirteen middle school girls from as near as Champaign and as far as Putnam County descended on the IGB to learn about plant response to global climate change in both the distant past and coming century. The girls, participants in the IGB’s Pollen Power! summer camp, visited labs, met with experts, and engaged in hands-on activities with female mentors and role models in order to envision themselves as future scientists.