Scientific pursuits often require examining a problem from different angles in order to gain a complete understanding. Such an undertaking often requires multiple researchers, each with a unique skill set. But what happens when certain voices are ignored over and over, in favor of others? It breeds inequality that weakens our science and our sense of community. 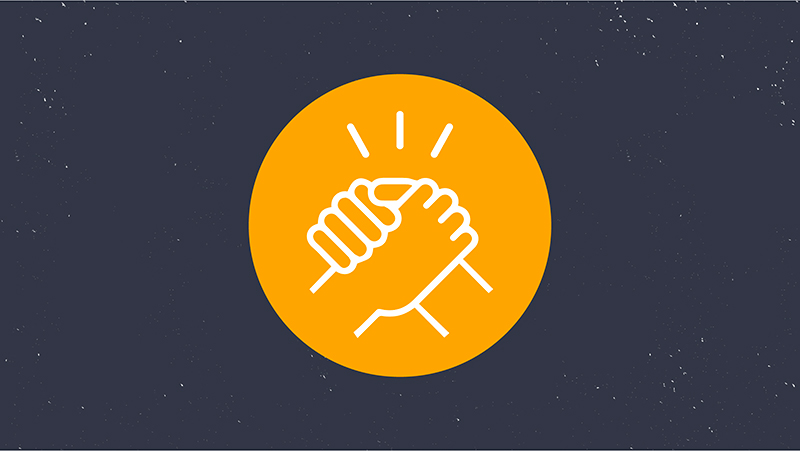 Diversity, equity, and inclusion have always been valued at the IGB. We recognize that investigators, students, and staff from diverse backgrounds bring their lived experiences and unique perspectives together, improving our ability to solve problems and be responsive to societal needs. To this end, the IGB Committee on Diversity (COD) was established in 2018 with the goal of creating a more inclusive, diverse, and welcoming environment within our community. The COD is comprised of community members spanning the breadth of IGB, including theme leaders, faculty, staff, and postdoctoral researchers.

In 2020 the world faced a summer of unrest. Several horrific events in our nation, including the murders of George Floyd, Ahmaud Arbery, and Breonna Taylor, victims in our Asian-American communities, and all too many others left us outraged. Black Lives Matter and other protests against racism, police brutality, and the targeting of specific nationalities continued and gained strength. Yet, after all those efforts, institutional racism persists.

Spurred by concern over these events in our community, the COD Task Force was formed in 2020 to gather more individuals to take action on the COD’s ideas and bring new initiatives to light. Guided by the COD, the Task Force has since accelerated initiatives that increase dialogue with the aim of creating a more inclusive environment. Their efforts include developing additional programs to diversify the practice and practitioners of science; creating change internally by increasing dialogues through workshops, panels, and hiring practices; funding new initiatives to help eliminate institutional racism and other inequities at the IGB; and creating change externally by working with campus units in strengthening intercultural relationships focused on DEI.

The initiatives of the Task Force fall under three broad categories: providing resources, creating new partnerships with the community, and providing support for the ongoing outreach efforts at the IGB.

DEI resources
We now have a dedicated webspace that houses DEI event information and resources, which include reading material, toolkits, podcast recommendations, and links to campus facilities including counseling services, all gender restrooms, and lactation rooms. Several workshops have also been organized that focus on creating an inclusive and supportive environment both within the IGB and in our community. Through these workshops, the participants can learn skills that they can use for promoting fairness in the workplace and becoming allies to those who need support.

Creating new partnerships
In 2014, Illinois was granted one of the Big Data to Knowledge (BD2K) grants from the National Institutes of Health. This grant, which aimed to enhance and accelerate analysis of complex data related to biomedical sciences, allowed us to forge a collaboration with Fisk University, a minority-serving institution, with the overall goal of increasing diversity on campus. Under the guidance of Founder Professor of Physics Jun Song (ACPP), both the IGB and Illinois Department of Physics provided administrative and technological support to host students each year. The partnership helped build summer training programs, allowing Fisk students to become acclimated to the campus and experience a research environment. Based on the Fisk-Illinois partnership, the FUTURE-MINDS-QB bridge program was also established and in 2021 it was awarded a $1.3M 5-year T-32 training grant by the National Institute of General Medical Sciences, a member organization of the National Institutes of Health. FUTURE-MINDS-QB will help streamline a path from a master’s degree at Fisk University, to a doctoral degree at University of Illinois.

In 2021, the Task Force established the Lunchbox seminar series with the sponsorship of the Office of the Vice Chancellor for Diversity, Equity, and Inclusion. Through the Lunchbox, members from across the campus talked to the participants about the interconnectivity between food, science, and culture, and how food shapes our individual experiences. In partnership with Bevier Café, the seminar series also featured a dish for every talk. The organizers wanted to create stronger bonds across the campus and the local community and provide opportunities for open dialogue between the researchers and members of the public, adding increased familiarity with others’ perspectives and worldviews, in addition to the educational value.

Supporting ongoing outreach efforts
In many schools, lessons about Indigenous Peoples are often presented only through social studies, ignoring their contributions to STEM. Even worse, if Native students do not see themselves and their communities represented in research fields, they may not pursue their interest in science. To address this issue, Ripan Malhi (GNDP/GSP/IGOH), a professor of anthropology, launched the Summer Internship for INdigenous People in Genomics program in 2011. The workshop brings together Indigenous scientists and community members every year for a week of hands-on training in genomics. The discussions also address the uses, misuses, and limitations of genomics as a tool for Indigenous peoples' communities and how Indigenous communities can use genomics as a tool for community interest. SING trains Indigenous peoples in the concepts and methods currently used in genomics, strengthening the trust between researchers and Indigenous peoples. Since its launch, SING USA has had more than 120 participants receive hands-on training in genomics.

Among the several outreach efforts at the IGB, the Pollen Power camp, which started in 2013, always excites the mentors and the students. The camp offers a unique blend of plant science, technological exploration, and summer fun. Middle school children, especially from underrepresented populations, are introduced to the world of plant biology research. The highlights of the camp’s activities include imaging, modeling, and 3D printing representations of individual grains of pollen; pollinating research plants in the field; and constructing an evolutionary timeline of Earth’s flora. Campers also script, plan, and film newscasts on the past, present, and future climate.

Although our ongoing efforts to create programs to diversify science and increase participation from members of minority groups in genomics has helped further our DEI goals, it is important to realize that we can and should do more to diminish racism and other inequities. Such efforts can include joining the Task Force, helping with outreach efforts across the campus, or even being an active member in the community and providing a voice for those who have been ignored for far too long.