Scientists attached radio-frequency identification (RFID) tags to hundreds of individual honey bees and tracked them for several weeks. The effort yielded two discoveries: Some foraging bees are much busier than others; and if those busy bees disappear, others will take their place.

The findings are reported in the journal Animal Behaviour, and featured in a New York Times ScienceTake video. 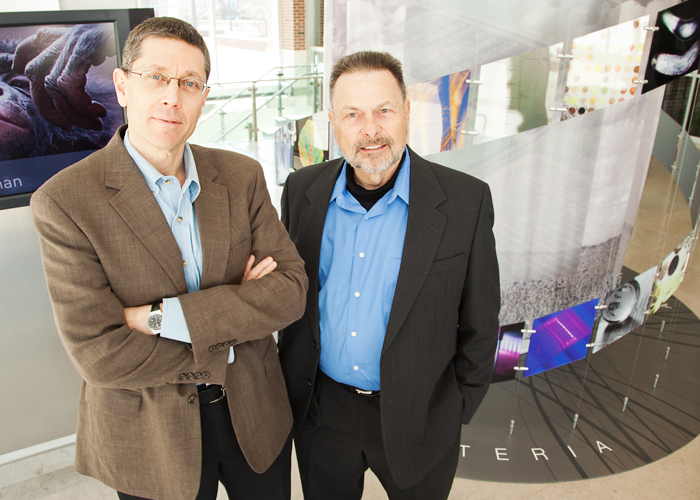 Tagging the bees revealed that about 20 percent of the foraging bees in a hive brought home more than half of the nectar and pollen gathered to feed the hive.

“We found that some bees are working very, very hard – as we would have expected,” said Institute for Genomic Biology director Gene E. Robinson, who led the research. “But then we found some other bees that were not working as hard as the others.”

Citizen scientist Paul Tenczar developed the technique for attaching RFID tags to bees and tracking their flight activity with monitors. He and Neuroscience Program graduate student Claudia Lutz measured the foraging activities of bees in several locations, including some in hives in a controlled foraging environment. (Watch a video about this work.) Vikyath Rao, a graduate student in the laboratory of U. of I. physics professor Nigel Goldenfeld, analyzed the data using a computer model Rao and Goldenfeld developed.

Previous studies, primarily in ants, have found that some social insects work much harder than others in the same colony, Robinson said.

“The assumption has always been that these ‘elite’ individuals are in some way intrinsically better, that they were born that way,” he said. 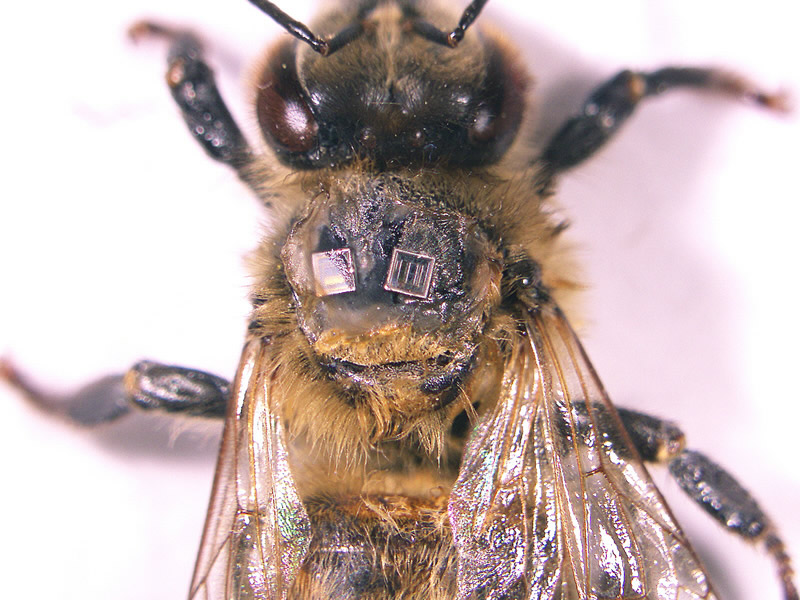 The radio frequency identification (RFID) tag allowed researchers to determine that some foraging bees are much more active than others.

While it is well known that genetic differences underlie differences in many types of behavior, the new findings show that “sometimes it is important to give individuals a chance in a different situation to truly find out how different they are from each other,” Robinson said.

Removal of the elite bees “was associated with an almost five-fold increase in activity level in previously low-activity foragers,” the researchers wrote. The change occurred within 24 hours, Tenczar said. This demonstrates that other individuals within the hive also have the capacity to become elites when necessary, Robinson said.

“It is still possible that there truly are elite bees that have some differential abilities to work harder than others, but it’s a larger group than first estimated,” Robinson said. “Or it could be that all bees are capable of working at this level and there’s some kind of colony-level regulation that has some of them working really, really hard, making many trips while others make fewer trips.”

Perhaps the less-busy bees function as a kind of reserve force that can kick into high gear if something happens to the super-foragers, Robinson said.

“Our observation is that the colony bounces back to a situation where some bees are very active and some are less active,” he said. “Why is that? We don’t know. Do all bees have that capability? We still don’t know.”

The National Science Foundation and the Christopher Family Foundation supported this research.