Every year, more than one in three individuals aged 65 and older will experience a fall.

Falls are the most common cause of injury in older adults, and can create ongoing health problems. But treatment and awareness of falling usually happens after a fall has already occurred.

As a part of the NIH’s Women’s Health Initiative, researchers wanted to see if they could predict an individual’s risk of falling so that preventative measures could be taken to reduce this risk.

New analysis has now made this prediction a reality.

The study involved 67 women, all over the age of 60, who were tested on their walking ability and asked about the number of falls they had experienced in the past year. Participants also wore a small device with motion sensors that measured their walking patterns for one week. 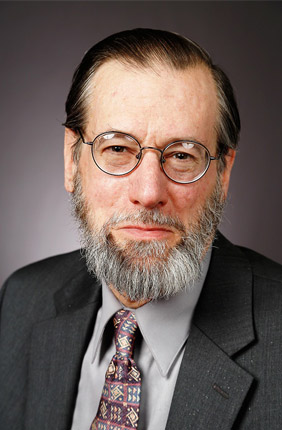 Bruce Schatz, head of the Department of Medical Information Science in the University of Illinois College of Medicine at Urbana-Champaign and faculty member of the IGB’s Computing Genomes for Reproductive Health research theme, was asked to analyze the data from the study. He worked with colleagues from the Women’s Health Initiative, including David Buchner from the Department of Kinesiology & Community Health, while supervising Illinois graduate students Andrew Hua and Zachary Quicksall, associated with the University of Illinois College of Medicine.

They found that data extracted automatically from the devices could accurately predict the participants’ risk of falling, as measured by physical examinations of unsteadiness in standing and walking. Their findings were published in Nature Digital Medicine.

Studies have shown that older individuals fall differently than younger individuals. Younger people fall if they misjudge something, such as a slippery surface. But older adults fall because their bodies are unstable, causing them to lose balance when walking or become unsteady when standing up and sitting down.

This difference gave researchers the idea that they might be able to measure this instability. The device they used, called an accelerometer, was able to measure the user’s walking patterns and how unsteady they were. They combined this measurement with the individual’s fall history to determine the risk of falling in the future.

Being able to predict the fall risk is significant because many older adults often don’t pay attention to the fact that they are unstable until after they fall. But if they know they’re at risk, they can do rehabilitation exercises to increase their strength and reduce their chance of falling.

Schatz sees the successful outcome of this research as a sign that, in the future, more wearable devices, or even smartphone apps, will be able to measure walking patterns and warn users of their fall risk.

Most cellphones today already have an accelerometer, the same sensor that was used in this study. Schatz envisions a future where everyone over 60 would have a phone app that constantly records their motion, requiring no input from the user. If the user’s walking becomes unstable, the app could notify the user or their doctor, and they could begin preventative exercises.

“I work a lot with primary care physicians, and they love this (idea), because they only see people after they start falling,” Schatz said. “At that point, it’s already sort of too late.”

This research relates to the larger idea of preventative medicine — health care that can warn patients about health problems so they can take action and better manage the problem.

Predictions like these are difficult to make, but research experiments like this one make Schatz hopeful that progress is being made. More federally funded studies monitoring larger populations are being conducted more often, so predictive models developed for existing studies, such as the Women’s Health Initiative, are important for future research. Additionally, wearable devices like those used in this study are becoming cheaper and more widely available.

These developments give Schatz hope that a future with successful predictive medicine is coming.

“The question is: is it known how to take the signal, how to take whatever comes out of (a device), and predict something that’s useful?” he said. “I believe strongly the answer is yes.”

Schatz sees value in doing fundamental research that could solve major health problems, like falls in older adults. Most people are aware that it’s a common problem, but Schatz said there is a sense of hopelessness about this issue — if it happens to so many older adults, then what can be done?

“There is a solution which is completely workable and isn’t very expensive, but requires different behavior,” Schatz said. “That message is not getting out.”

He predicts that the quality of life among older adults will improve as medicine and health care become more predictive and effective.

“The future is different,” Schatz said. “And it’s because of projects like this.”