15 Years of IGB: The RIPE Project

In honor of the IGB's anniversary, we're revisiting some of the history of our institute over the past 15 years with a series of articles highlighting IGB people, projects, and research.

Scientists having been breeding plants for over a century with the goal of feeding hungry people across the world. To that end, the Green Revolution in the 1960s used new technologies to increase food production in scale with the population growth. Unfortunately, these increases will not be enough in a few decades. 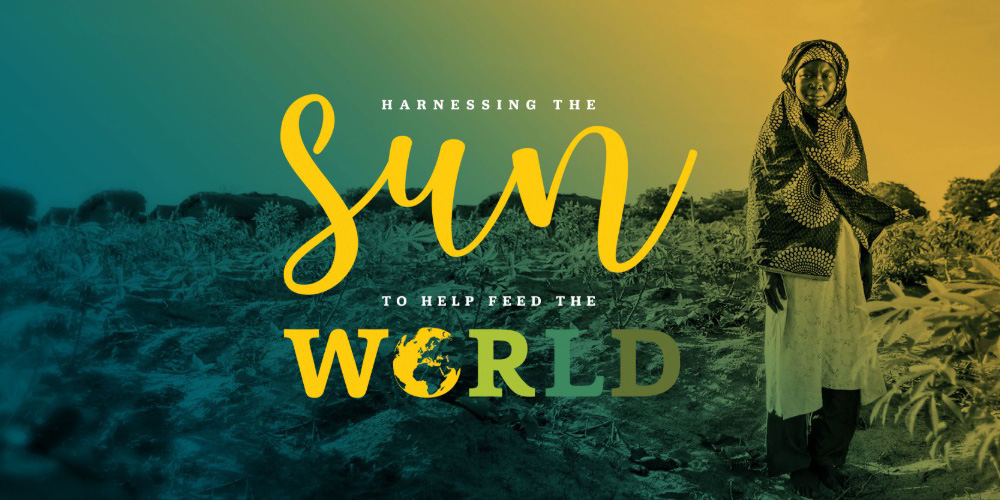 “The UN Food and Agricultural Organization predicts that the world will need to increase staple crop yields 70 percent by 2050,” said Stephen Long (BSD/CABBI/GEGC), the Ikenberry Endowed University Chair of Crop Sciences and Plant Biology. “The rapid advances that were achieved during the Green Revolution have slowed and will not meet this target.”

To catch up, the international Realizing Increased Photosynthetic Efficiency (RIPE) project was started in 2012 and the Illinois research efforts are based at the IGB. The goal of the project is to produce staple food crops that can efficiently convert sunlight into food and have increased productivity with fewer inputs.

RIPE primarily focuses on five crops: cassava, cowpea, maize, rice, and soybean, which are vital for sustaining the livelihood of people all over the world. “This project represents a huge effort to determine and apply the mechanisms of photosynthesis that can contribute to the challenge of this centuryfood security for all,” said Long.

Even though significant progress has been made, it is likely that RIPE’s technologies will not reach farmers until 2030, at which point the world’s population will have grown by more than a billion people. To expedite the scientific process, the project has nine research objectives that broadly fall into three categories: understanding the nuances of photosynthesis, improving its efficiency by manipulating a model crop, and transforming the target food crops to boost their yields.

“Our rich knowledge from a half-century of photosynthesis research, coupled with modeling, has enabled us to re-engineer this complex process in staple food crops. Our models predict that we could achieve a 50 percent yield increase, which will go a long way to meeting the demands of this century,” Long said.

The researcher’s efforts have resulted in more than 80 research papers in the last 10 years and cover a wide range of topics including figuring out which of the 170 steps in photosynthesis can be tweaked to make the process more efficient; helping plants photosynthesize more efficiently even though sunlight intensity fluctuates throughout the day; modifying Rubisco—the main enzyme that captures carbon dioxide and converts it to sugars; optimizing crop canopies to allow better light penetration; and ensuring the modified crops are safe for the environment and consumption.

RIPE and its sponsors are also focused on making the technologies available to the farmers who need them the most. “We are committed to ensuring that the literal fruits of our labor are globally available and royalty free for smallholder farmers, particularly in sub-Saharan Africa and Southeast Asia, to help meet the huge challenge of feeding the future,” Long said. “While no single strategy will overcome the hurdles facing the industry, our success in RIPE and our sponsors’ continued support give me hope that the future of agriculture is bright.”

RIPE was established with the help of a five-year, $25-million grant from the Bill & Melinda Gates Foundation. In 2017, the project received another five-year grant for $45 million from the Gates Foundation, the Foundation for Food and Agricultural Research, and the Foreign, Commonwealth & Development Office (formerly the U.K. Government’s Department for International Development). Additionally, the Gates foundation funded a $13 million supplemental investment in 2018 to accelerate the translation of the project’s successes into food crops.