A study of the genomes of 25 individuals who lived 1,000 to 6,000 years ago on the north coast of present-day British Columbia, and 25 of their descendants who still live in the region today, opens a new window on the catastrophic consequences of European colonization for indigenous peoples in that part of the world.

The study is reported in the journal Nature Communications. 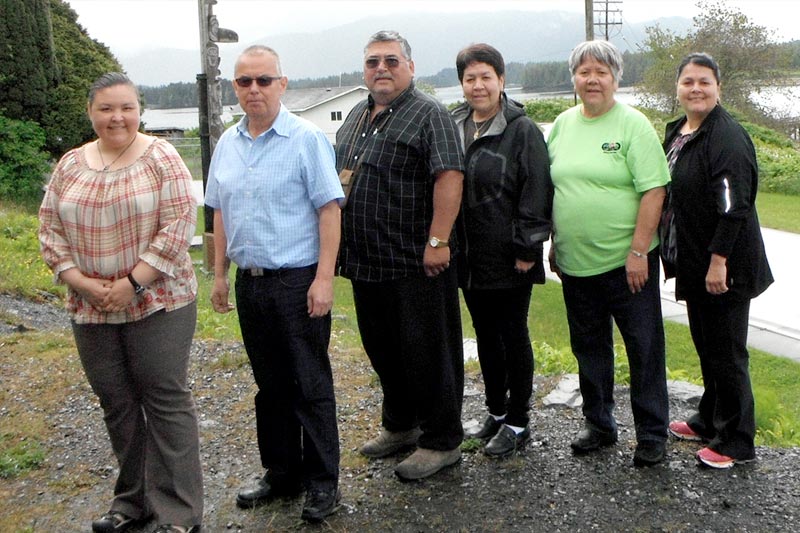 “This is the first genome-wide study – where we have population-level data, not just a few individuals – that spans 6,000 years,” said University of Illinois anthropology professor Ripan Malhi, who co-led the new research with former graduate student John Lindo (now a postdoctoral researcher at the University of Chicago) and Pennsylvania State University biology professor Michael DeGiorgio.

The research team included members and representatives of the Canadian aboriginal communities of the Lax Kw’alaams and Metlakatla First Nation, Coast Tsimshian people whose oral histories indicate they have lived in the region for millennia. A previous study by Malhi and representatives of these First Nations showed a direct maternal link between ancient individuals buried in the region and the indigenous people living there today, an ancestry long claimed by the Metlakatla First Nation, one of the groups that participated in the study.

The new study confirms the previous findings by analyzing the exome, the entire collection of genes that contribute to a person’s traits.

“Oral traditions and archaeological evidence to date have shown that there has been continuous aboriginal occupation of this region for more than 9,000 years. This study adds another layer of scientific data linking the actual ancestral human remains to their modern descendants through their DNA over a span of 6,000 years,” said Barbara Petzelt, an author of the study and a liaison to the Metlakatla community. “It’s exciting to see how this tool of DNA science adds to the larger picture of Coast Tsimshian pre- and post-contact history – without the taint of historic European observer bias.”

In the new study, the team found that variants of an immune-related gene that were beneficial to many of those living in the region before European contact proved disadvantageous once the Europeans arrived. 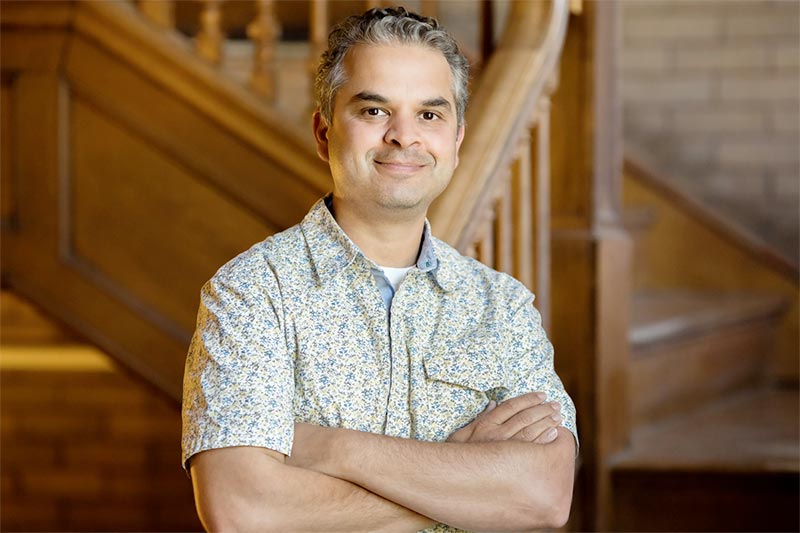 Anthropology professor Ripan Malhi works with Native Americans and First Nations groups to analyze their DNA and that of their ancestors.

The human leukocyte antigen gene family, known as HLA, contributes to the body’s ability to recognize and respond to pathogens. The gene identified in the study belongs to the HLA-DQ subfamily, which “has been associated with a variety of colonization-era infectious diseases, including measles and tuberculosis, and with the adaptive immune response to the vaccinia virus, which is an attenuated form of smallpox,” the authors wrote.

The genomes of a majority of the ancient individuals contained alleles, or variants, of the HLA-DQ gene that differed from the variants that today are common in their descendants, the researchers found. Statistical analyses revealed that the ancient variants were under “positive selection” before European contact. This means that those variants helped the native peoples survive and thrive in northwest North America.

However, those same HLA-DQ alleles suffered a dramatic decline in the indigenous population about the time the Europeans arrived, the researchers found.

“The modern individuals show a marked decrease in the frequency of the associated alleles,” the researchers wrote.

“One of the alleles is 64 percent less common today than it was before European contact, which is a dramatic decline,” Lindo said.

Further analyses pointed to a steep population decline among the ancestors of modern Coast Tsimshian, a “reduction in effective population size of 57 percent,” the researchers reported. This dramatic die-off occurred roughly 175 years ago, about the time that European diseases were sweeping through native groups in that part of North America.

“First Nations history mainly consists of oral stories passed from generation to generation. Our oral history tells of the deaths of a large percentage of our population by diseases from the European settlers. Smallpox, for our area, was particularly catastrophic,” said Joycelynn Mitchell, a Metlakatla co-author on the study. “We are pleased to have scientific evidence that corroborates our oral history.  As technology continues to advance, we expect that science will continue to agree with the stories of our ancestors.”

The researchers tested several other hypotheses that might explain the dramatic decline of those ancient alleles.

“The only scenario compatible with this stark change in diversity is negative selection, suggesting that previously advantageous HLA-gene variants became disadvantageous, possibly contributing to the population decline that occurred upon European contact,” DeGiorgio said.

“We knew the history of this group through archaeological evidence, oral histories and written histories,” Malhi said. “And now we also know it through genomic data.”

Malhi is an affiliate of the Carl R. Woese Institute for Genomic Biology at Illinois.

The National Science Foundation, the U. of I. Office of the Vice Chancellor for Research and the Eberly College of Science at Pennsylvania State University supported this research.