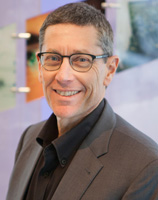 IGB Director Gene Robinson has been awarded the 2018 Wolf Prize in Agriculture for “leading the genomics revolution in the organismal and population biology of the honey bee.”

Awarded each year since 1978 by the Wolf Foundation in the fields of agriculture, chemistry, mathematics, medicine, physics, and rotated among disciplines in the arts, recipients are considered outstanding members in their field. Laureates receive their awards from the President of the State of Israel, with a special ceremony held at the parliamentary building in Jerusalem.

“I am deeply honored to receive this award," said Robinson. "The new science of genomics has truly revolutionized how we study all organisms, including honey bees, whose intricate social life enables them to play a vital but often overlooked role in world agriculture as the premier pollinator on the planet.”

Employing genomics and systems biology to study the mechanisms and evolution of social life using the Western honey bee as a model organism, Robinson’s lab has made significant advances in the understanding of the role of genes, hormones, and neurochemicals in the mechanisms and evolution of social behavior, as well as discovering the first gene in regulating the division of labor within honey bee colonies.

Over 250 scientists and artists from more than 20 countries have been honored since the Wolf Foundation was established. Recipients are chosen for their achievements towards humanity and for friendly relations between peoples, regardless of nationality, race, color, religion, gender, or political outlook, selected by an international awards committee.