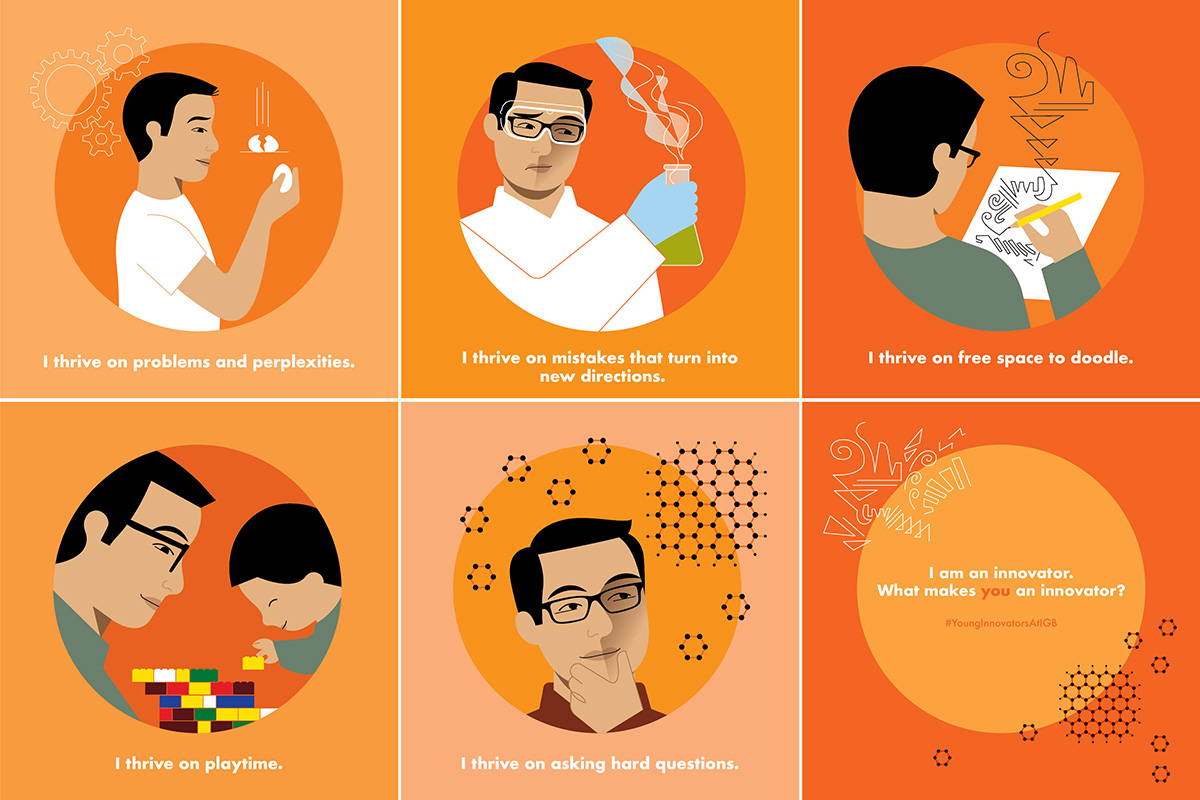 Yongbeom Seo is a former postdoctoral research fellow at Carl R. Woese Institute for Genomic Biology. He currently is a senior chemist in the Corporate Research Materials Labortoary (CRML) at 3M. His work involves inventing new fabricating techniques and working with his business colleagues to commercialize the same. During his time at the University of Illinois, he worked with Hyunjoon Kong and invented hollow polymer microparticles that contain manganese oxide nanosheets, which can convert hydrogen peroxide to water and oxygen. The generated oxygen gas subsequently increases the pressure inside the particles, similar to filling a balloon with air. Seo used this technology to release anti-inflammatory drugs and chemicals such as thrombin, which promotes blood clotting, in a controlled manner over time.

What inspired you to become a scientist and an inventor?
YS: I have always been interested in math and science, especially chemistry. Even in middle school, I liked the basic ideas in chemistry books, even though I did not know how to run experiments. The first time I thought of myself as an inventor was in graduate school after I learned how to submit disclosures for patents. I continued working on patents during my postdoctoral years.

Do you remember your first experiment?
YS: We had a tournament in high school where we had to throw an egg from the roof; the egg had to hit the ground quickly without breaking. I did not use a balloon because that would slow it down. Instead, I wrapped the egg with polystyrene beads and inserted spindles all around so it looked like a hedgehog. It was really fast and although I didn’t win, I was awarded the “most inventive” prize. My first successful ecperiment was in elementary school. I heard that you could use the thin layer inside eggshells as a biodegradable wound patch. I tried it on my father when he had a bicycle accident and I took pictures for a month.

What do you love most about science?
YS: The most interesting part about chemistry is that you can turn mistakes into successes. You start with an expectation, but when you do the experiment it can be completely different. My background is in nanochemistry, where you cannot see the actual particles, but you can use it to change the world.

What makes you a successful inventor?
YS: It is important to remain curious and keep an open mind. Every time I attend seminars or conferences, I hear from people in different fields and it inspires me. I am always trying to learn something new. I am currently interested in artificial intelligence and machine learning. I also had a lot of support from my postdoctoral lab and mentor. Teamwork is the best power source for an invention.

How does 3M foster innovation?
YS: The company has a 15% rule where you use that time to cultivate innovative ideas that excite you. We also have internal conferences where we can talk about the business side and the unpublished science data. It helps us get different ideas from different people.

Do you have any advice for other inventors?
YS: Graduate students always think about publishing papers. However, they also need to learn about intellectual property rules and how to protect their inventions. There is a misconception that everyone learns about new ideas in academic papers. That’s not true; sometimes companies learn about them from patents.

What interests do you have outside lab?
YS: I love listening to different music and I always keep an open mind. I also like doodling: it destresses me. Even during meetings, whenever I think hard I find myself doodling. I usually draw abstract shapes and lines. I also like drawing inspiration from my surroundings—one time my son was playing with LEGO and I had an idea about an experiment I was running at 3M.

This profile was written to highlight inventors at IGB to promote our new Young Innovator Program. The Catherine and Don Kleinmuntz Center for Genomics in Business and Society (The Kleinmuntz Center) is excited to offer this new pilot program for graduate students and post-docs interested in innovation and bringing their science to society. If you want to learn more about how to apply to the Young Innovator Program, please visit: https://www.igb.illinois.edu/KCYIP